3. Continuously innovate and improve on agricultural technology, and

4. Educate future generations about the importance of nutritional health.

As a company, we strongly believe that food should be a given commodity and not a traded one. We are proud to be supporting and empowering our communities to be come more sustainable, welcoming and livable. 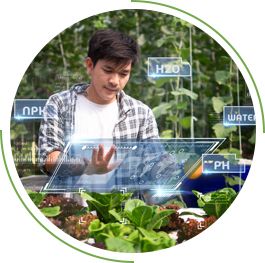 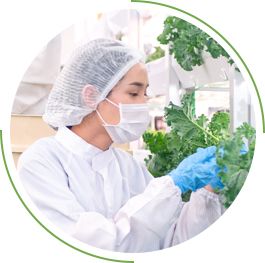 No person should have to worry about where their next meal will come from and with our amazing staff, innovations and community partners, we are able to make this ideal a reality.

Additionally, we are gathering data and turning it into actionable education that we pass onto future generations. This will ensure our future success in food availability, sustainability and begin reconnecting with the connection to our natural ecosystems. 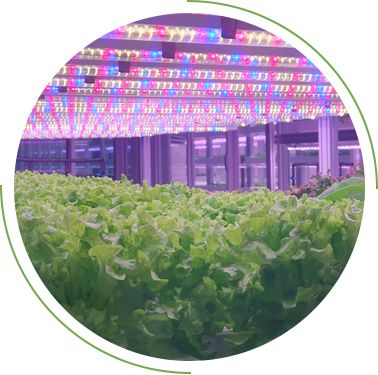 Disruptive Tech to Feed a Village

Urban Stalk has been developing new innovative growing processes that will further enhance the natural resource input of existing hydroponic systems. Our processes are able to reduce water consumption by up to 80% while eliminating harmful chemicals such as insecticides, pesticides and GMOs from the natural environment. This process can eliminate the bio-accumulation of harmful chemicals in the human body and make a purer food product.

Additionally, by creating modular, in-door systems Urban Stalk has made the crop cycle independent of changing weather patterns allowing for fuller, healthier crop yields year-round. Our modular concept allows the system to be placed in any urban environment and drastically reduces the time from farm-to-table. Eliminating much of the transportation and food handling adds to the positive environment and health impacts of the food we make.

If you want to learn more, please contact us by hitting the button below 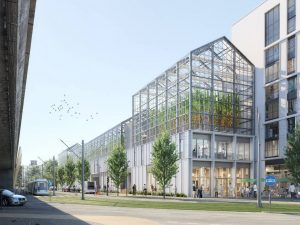 If you’ve built a business dependent on agriculture, chances are that sourcing products has become more complex, costly and detrimental to the natural world. It’s a trend that’s been solidifying the relationship between food production and agribusiness. And while there’s no arguing the industrialization of agriculture has come to shape modern expectations of food security, it’s also catalysed an increasing number of social, economic and environmental tensions.

We’re talking about an industry that’s been pairing down it’s player base and scaling up its footprint. Pushing those actors out tends to stifle competition and limit producers’ income while placing distance between farmers and their customers. In the meantime, inflating agriculture’s footprint drives up costs in transport and increases waste during long distance food delivery. It all comes together to impose economic pressure on private ventures and heighten food security concerns for low-income brackets. At the same time, conventional agriculture’s affection for uniform crop cycling has forced the question of sustainability. Trading ecosystems for monoculture may have sparked creativity with fertilizers, pesticides and GMOs, but solutions for separating them from our environment are scarce. Simplifying harvests further affects our ability to maintain arable land with a diminishing effect on biological activity. It’s a cycle fueling the chase for productive land, helping make agriculture the largest single cause of deforestation. Against this backdrop, Urban Stalk is challenging wide held notions of food production. We want quality food to remain accessible, affordable and sustainable, and that’s going to mean rethinking technologies that make agriculture possible. So, whether you’ve been serving food for decades or keep businesses supplied to make those efforts possible, it’s time to start thinking about a better industry.

URBAN STALK AND THE CURRICULAR ECONOMY

We’re looking to principles behind the circular economy and its relationship with precision agriculture when thinking about food production from new perspectives. That means managing resources in ways that reuse and restore the things we put into our products. We’re getting that done by removing waste and pollution from our processes; starting with a set of materials and continuing to use them; and building back our environment. Framing agriculture this way fosters an insulated supply chain from farm to table, keeping both you and the environment we depend on adaptable. A VERTICAL APPROACH TO FARMING

So that’s a lot of ambition, but how are we actually going to do it?

Well, say hello to Vertical Farming! The concept is pretty simple: ditch the tradition of laying crops out and build up instead. Okay, there’s a bit more to the whole setup, and that’s what gets us really excited. There’s a natural fit between the technologies that make vertical farming possible and ideas like the circular economy and organic farming. Innovations behind this approach let us connect with urban populations more efficiently, reducing costs for purchasers. They allow us to decide on conditions natural foods are grown in, making them safer to eat. And they reduce the waste, resources, and environmental impacts associated with putting food on your plate. We’re pretty sure most of you understand that farming takes up A LOT of space, and by a lot we’re talking 40 percent of Earth’s land mass. That statistic makes distance between the majority of producers and consumers unavoidable—an issue getting worse as we urbanize. Simply put, because we demand a fraction of the space, we grow food closer to the places it’s eaten. Modular urban construction reduces transportation costs and carbon emissions, adding to your bottom line just as much as your environmental conscious. After cutting our footprint we enclose the system, and that’s where we start getting creative. Integrating atmospheric control, we mimic diverse environments and optimize growing conditions for more than 120 crop types. We’re keeping a close eye on humidity, air temperature, C02 per oxygen, and air circulation because you really shouldn’t be stressed about serving Caesar salad in January. Pairing that with a hint of bio-digest (think switching out chemical fertilizer for finely crafted organic waste), are you surprised that everything we produce is GMO, herbicide, and pesticide free?

Irrigated agriculture amounts to some 40 percent of food produced worldwide and excels at contaminating water sources. That’s why we’re using ionic induction to remove contaminants and reuse water resources. It means we’re using up to 80 percent less water than field farming and keeping water we lose safe for reuse.

And what about getting crops out of the ground? Heavy machinery makes conventional farming work, but also makes it vulnerable to shocks. We want you to spend less time checking oil prices, which is why we’re mechanizing tasks like seeding, harvesting, washing and packaging crops. It makes producing food more efficient and keeps costs consistent. It further reduces our carbon footprint and it gives you peace of mind when global shocks affect demand for your products and the resources needed to deliver them. SO WHAT ARE YOU WAITING FOR?

Conventional farming practices have sought to achieve efficiency and cost cutting while side-stepping social and environmental sustainability. As populations continue to rise and urbanize, that approach looks increasingly detrimental to all but a few of the industry’s largest interests. If we want an equitable system capable of scaling with future demands on the natural environment, it’s going to take new innovative technologies to get there.

It’s easy to stay inside the lanes of an established system, but why settle for something that isn’t working? If you’re feeling the pressure and want to make your role in agriculture a sustainable one, start by visiting Urban Stalk.